A few months ago I posted A list of all Charles Dickens’ opening lines for the simple reason of it not being done before anywhere on the internet. It seemed appreciated and showed some interesting correlation between the point in his life when the novels were written and how the sentences were structured.

Some people enjoyed that and requested that I do the same with some  Charles Dickens last sentences, so here it is.

Other than that, reading this would be spoiling all the novels and is an utterly dreadful thing. If you’re now getting cold feet about the morality of what you’re about to read, scroll no further, go buy the complete collection, and read them all.

Every year, he repairs to a large family merry-making at Mr. Wardle’s; on this, as on all other occasions, he is invariably attended by the faithful Sam, between whom and his master there exists a steady and reciprocal attachment which nothing but death will terminate.

I believe it none the less because that nook is in a Church, and she was weak and erring.

Through all the spring and summer-time, garlands of fresh flowers, wreathed by infant hands, rested on the stone; and, when the children came thereto change them lest they should wither and be pleasant to him no longer, their eyes filled with tears, and they spoke low and softly of their poor dead cousin.

Such are the changes which a few years bring about, and so do things pass away, like a tale that is told!

From that period (although he was supposed to be much affected by the death of Mr. Willet senior), he constantly practised and improved himself in the vulgar tongue; and, as he was a mere infant for a raven when Barnaby was grey, he has very probably gone on talking to the present time.

And so, as Tiny Tim observed, God bless Us, Every One!

As it resounds within thee and without, the noble music, rolling around ye both, shuts out the grosser prospect of an earthly parting, and uplifts ye both to Heaven!

So may each year be happier than the last, and not the meanest of our brethren or sisterhood debarred their rightful share, in what our Great Creator formed them to enjoy.

A Cricket sings upon the Hearth; a broken child’s-toy lies upon the ground; and nothing else remains.

But, as I have observed that time confuses facts occasionally, I hardly know what weight to give to his authority.

Oh Agnes, oh my soul, so may thy face be by me when I close my life indeed; so may I, when realities are melting from me like the shadows which I now dismiss, still find thee near me, pointing upward!

But I know that my dearest little pets are very pretty, and that my darling is very beautiful, and that my husband is very handsome, and that my guardian has the brightest and most benevolent face that ever was seen; and that they can very well do without much beauty in me-even supposing-

We shall sit with lighter bosoms on the hearth, to see the ashes of our fires turn grey and cold.

They went quietly down into the roaring streets, inseparable and blessed; and as they passed along in sunshine and shade, the noisy and the eager, and the arrogant and the froward and the vain, fretted, and chafed, and made their usual uproar.

I took her hand in mine, and we went out of the ruined place; and, as the morning mists had risen long ago when I first left the forge, so, the evening mists were rising now, and in all the broad expanse of tranquil light they showed to me, I saw no shadow of another parting from her.

Before sitting down to it, he opens his corner cupboard door; takes his bit of chalk from its shelf; adds one thick line to the score, extending from the top of the cupboard door to the bottom; and then falls to with an appetite.

That’s it. I hope you enjoyed them. 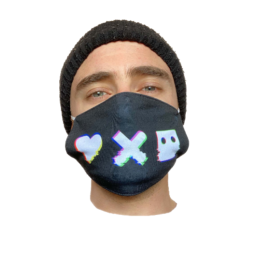